The last time I visited Auburn's series of soft plastic fire and emergency vehicles was way back in early 2011, a few months after the blog started. Back then the photo essays only consisted of a few shots and since then have evolved into a standard set of about 16-18 views per toy. I hope you guys have enjoyed the photo coverage. I know you won't find anything like it in any collector's 'coffee table' picture book!

This one actually looks like it's been in a fire! Now that's realistic weathering :-) 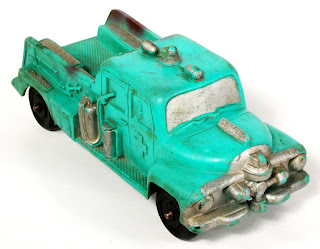 I referred to this as the 'Army' version only because I wanted something to go with the rest of my Army vehicles, not because Auburn marketed it as such. 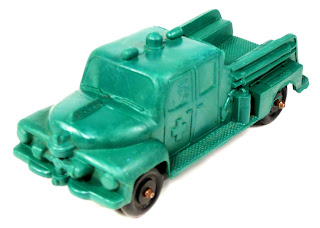 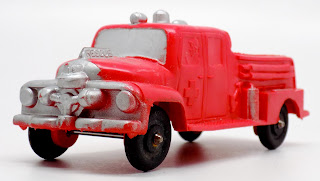 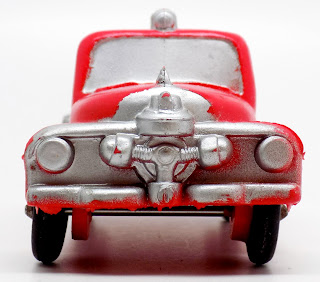 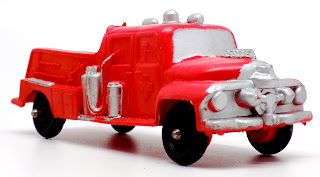 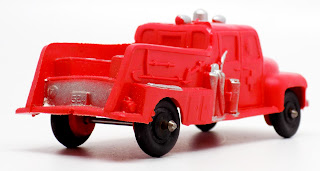 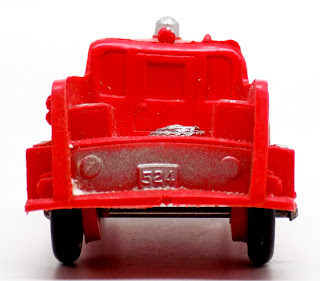 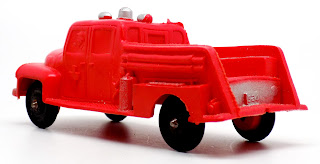 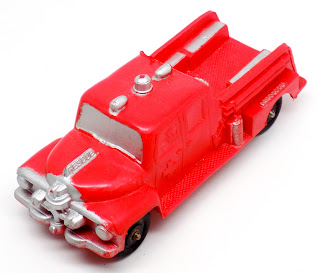 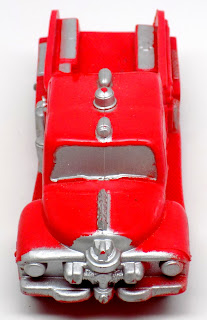 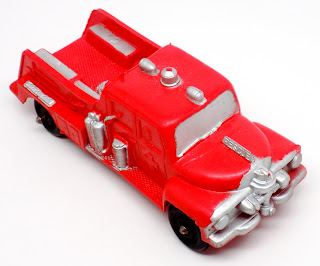 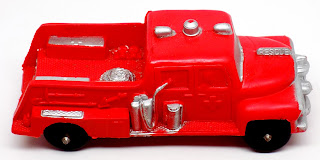 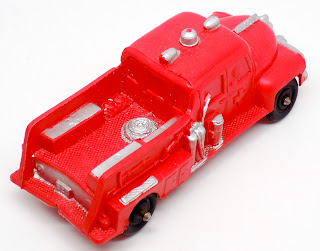 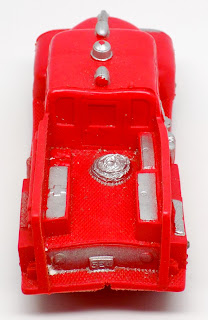 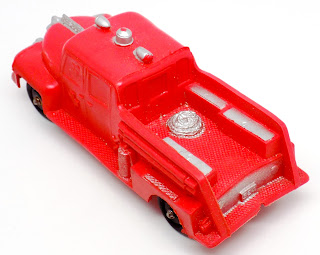