Gosh, I totally forgot about posting updates to the Hornby layout! Good grief! Well, to make up for lost time I'll kinda roll several posts into one. Enjoy! Opa Fritz and Oma Bettina

With the basic board built and on legs I started planning the layout. This was my first go-round but it didn't allow for a long enough main line. 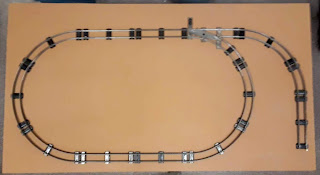 Here's what I decided on - a simple loop with one siding off to the left nearly forming a circle. I could have done a circle but then I couldn't use the Mettoy bridge where I wanted it. For a small layout this is just fine. 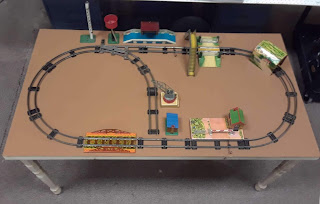 That brown paint is from a can I've been using for nearly the past ten years! A little here on this layout, a little there on that layout and there's still enough for as couple of small layouts like these 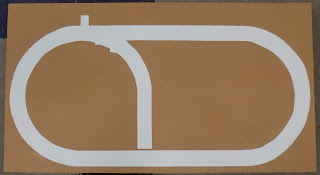 After seeing this paint at Lowe's I thought it would work as faux ballast or roadbed under the track. It's thicker than normal paint, has some granular texture and little black flecks. The photos don't do it justice but it looks great! 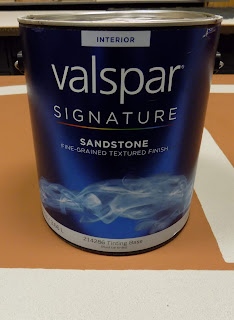 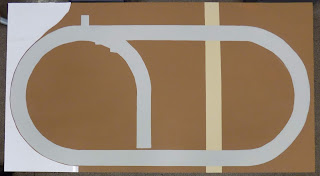 August 2018
After a brief pause Ipainted in ground area using a dark gray - nearly black - paint. The large Styrofoam chunk to the left will be wittled down so that a road can pass through 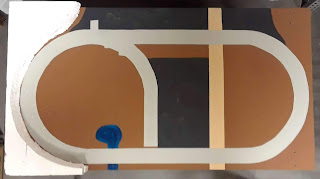 September 2018
More roads, two hills to the left and the structures temporarily in-place. I had been buying some vehicles but the pics only show a Corgi Scammell Mechanical Horse for now. For hedges I used Loofa sponges already dyed green and cut down to represent hedgerows. I wanted to try this because a lot of the early Hornby scenery plots utilize Loofa as trees and hedges and I was hoping to achieve a vintage look. 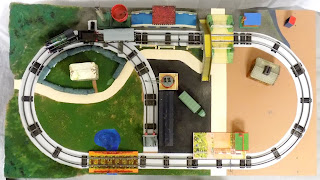 One of the reasons I bought the Hornby France Crossing Gate was it's two-piece construction. I know it utilizes a different gate structure than that in the UK but there was no more room on the layout for a Hornby UK Crossing Gate as utilized on the upper end of the road 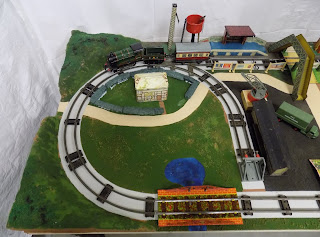 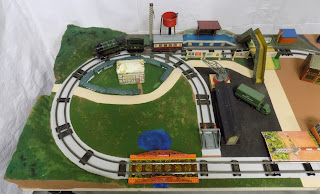 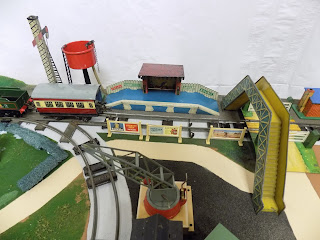 I tried to lighten up the dark gray with some light gray highlighting but I think it needs more. The dark gray is too overpowering me thinks! 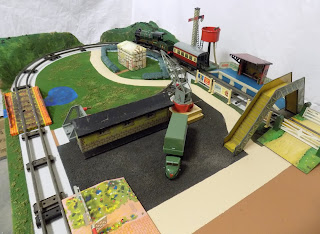 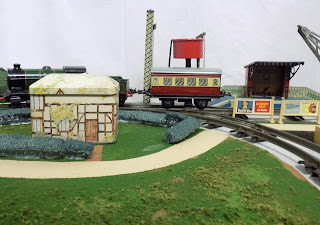 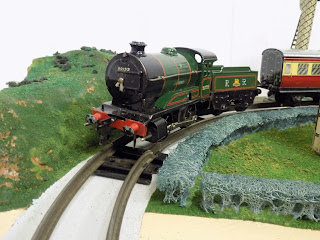 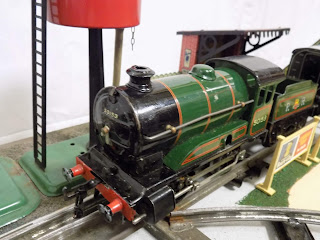 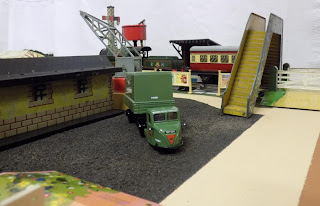 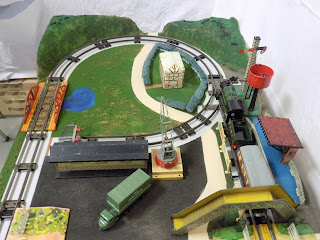 Posted by Ed and Bettina Berg at 5:48 PM