Today on Fire Engine and Emergency Vehicle Friday, Toys & Stuff re-engages with an old friend - Auburn. This past week I was lucky enough to acquire what many refer to as the Army version of the #524 Rescue truck. It is a medium olive green and would certainly work well as an Army vehicle but I've not seen any advertising or catalog that specifically mentions it as Army - or at least I haven't noticed! It has one unusual feature - there is no hint whatsoever of the silver detailing normally found on the windows, grills, bumpers, etc. This may have been a cost cutting feature or maybe it was indeed meant to be an Army truck and was felt that the silver detailing detracted from that look. In any case, there isn't anything that I could detect to show it was ever applied. Hmmmm. Oh well, it's a cool addition to the Auburn Fire Truck collection. Enjoy! 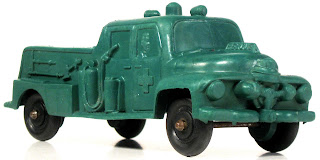 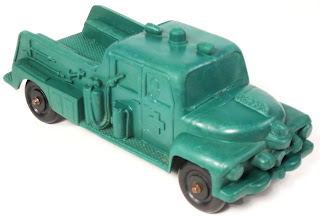 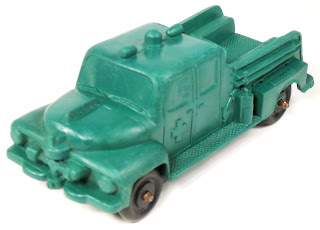 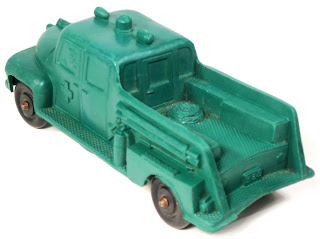 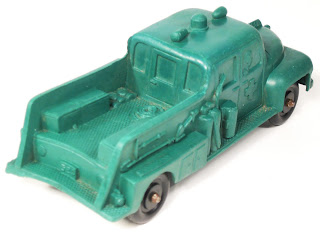