I've seen these offered on eBay before and always as Batmobile's, unfortunately I've never seen one in its original packaging. The copyright molded on the chassis underside is 1995 which means it probably didn't hit store shelves until 1996. There is nothing about its design which references a Batmobile, like the Batlogo, Bat fins, or other such graphic reference, but that is not at all unusual with Hot Wheels Batmobile's. One could take any number of Hot Wheels Batmobile offerings, plop 'em down on the table and dare the uninitiated to identify them as such and they would be hard pressed to do so. My example is a little dinged up but not too badly. I s'pose a little Photoshopping would have made for better pictures, but I just didn't feel like messin' with it. If anyone has a photo of one of these in its original packaging identifying it as a Batmobile please share with the rest of the crowd - Many Thanx!  Enjoy! 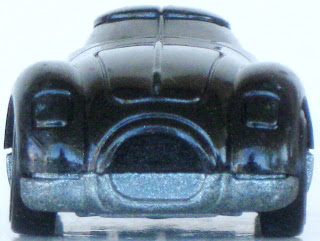 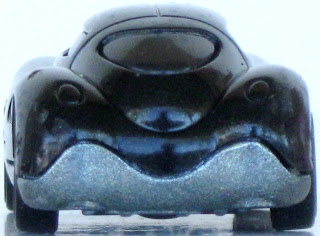 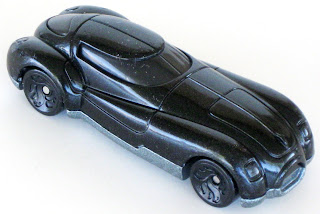 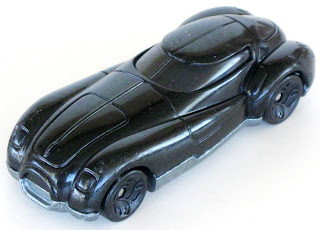 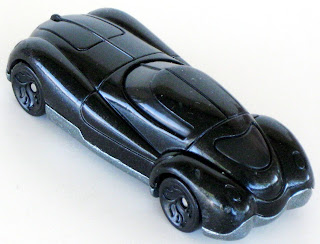 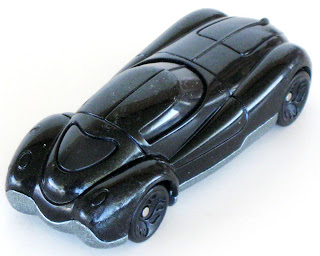 Posted by Ed and Bettina Berg at 8:31 AM