Allow me to wander aimlessly for a while while I try and carve out time to take pictures of the MPC / Multiple Toymaker 54mm astronauts. Up until recently I didn't have any vehicles to go with the various 54mm or 60mm Space Dudes. I mean, there I am with all these Marx and MPC astronauts and none of  'em have any buggies to transport them on their Lunar escapades. That has been rectified!

I got today's vehicle pretty cheap all things considered. It came with a Marx Moon Grabber and the description on the fleaBay listing was vague - "Good condition". I took a chance on it because I really wanted the Marx Moon Grabber (which I'll cover in another post) regardless of whether or not it worked. When they arrived it was as expected, the Marx didn't work but was cosmetically in nice shape (missing the faux searchlight though). But as they tend to get really pricey I was okay with it. Then I put two 'C'-cell batteries in this Space Explorer and lo-and-behold IT WORKED! It ran just fine - Yay! After getting with the guys over at Moonbase Central and looking a bit on-line I was able to find out a few things in general about this type of toy.

-First, apparently they were largely referred to as 'Flip-over Cars' or perhaps 'Continuos Action Traveller' or something else, not Moon Buggies or Moon Rovers, even though the box art for them often times depicted a lunar setting. The roll bars on top of the hull were meant to right them should they roll over a hill and tumble.

-Second, there were quite a few variations in design and color by several manufacturers.

-Third, they all appear to originally have tank-tread type tires on them which were applied to the rims separately. My sample is missing the treads.


***UPDATE: As I was writing this post Woodsy over at Moonbase Central provided the following link to Worthpoint. This toy was made by Hover in the 1960s and as I suspected did have rubber treads/tires on the wheels
Many Thanx Woodsy*** 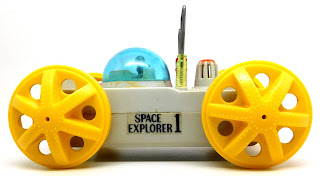 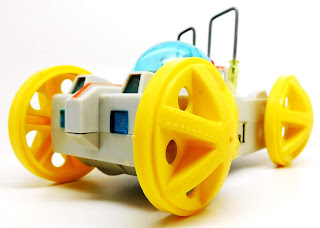 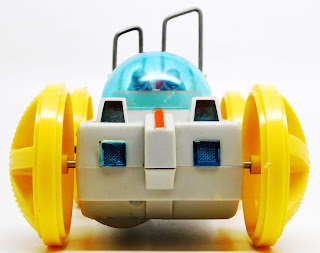 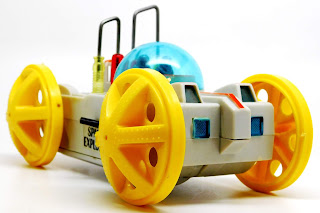 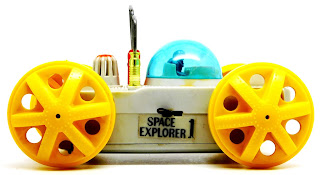 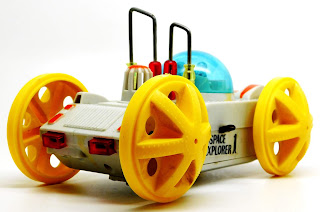 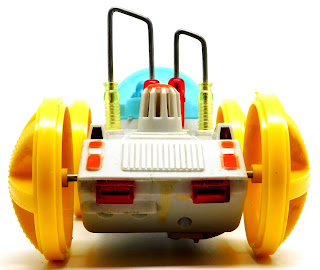 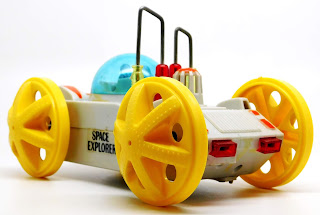 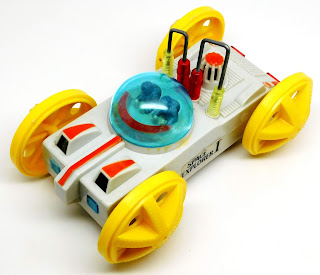 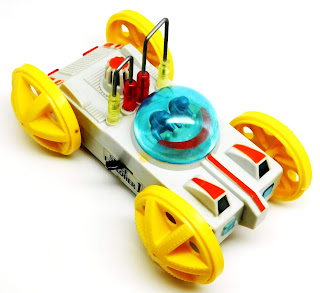 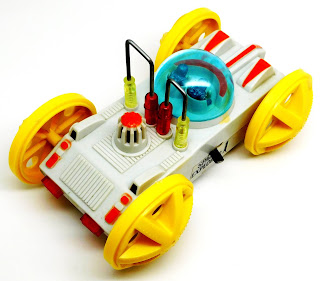 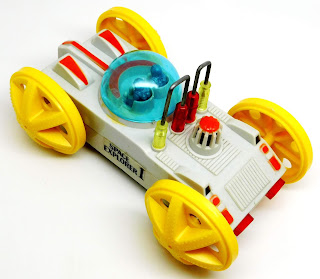 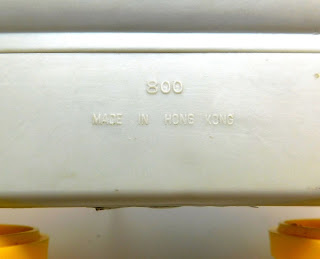 Posted by Ed and Bettina Berg at 5:52 AM