According to Wikipedia: "A Quonset hut is a lightweight prefabricated structure of corrugated galvanized steel having a semicircular cross section. The design was based on the Nissen hutdeveloped by the British during World War I. The name comes from their site of first manufacture, Quonset Point, at the Davisville Naval Construction Battalion Centerin Davisville (a village located within the town of North Kingstown, Rhode Island, USA)"

In 1963 Marx introduced it's Quonset hut as part of the Big Inch Pipeline construction playset. For those mother's not wanting to buy their children war themed toys, farm and construction playsets offered a a viable alternative. The construction sets had plenty of play value with cranes, bulldozers, earth movers, scrapers and other equipment loaded with working features. Add to that the generous amount of figures in various poses and ancillary tools and equipment and you've got a terrific, fun filled activity for the younguns! While Marx tended to get the most out of their tooling, the Quonset hut only appeared in construction sets and the "I.G.Y." (International Geophysical Year) playset featuring the Arctic Satellite Base. This despite the fact that the military used these extensively and that Marx had always featured military themed playsets as part of its toy line-up. As a result, this tends to be a slightly harder Marx tin building to find and generally commands higher prices than more common pieces. Enjoy! 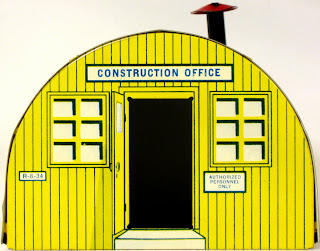 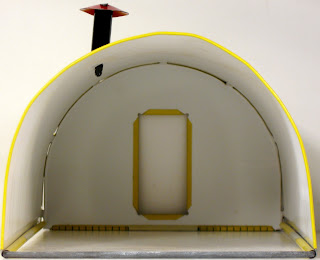 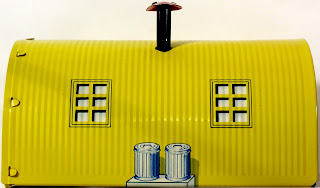 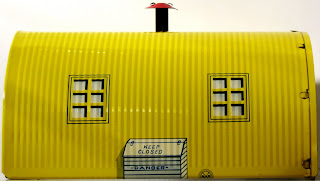 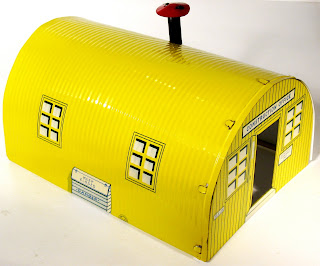 Posted by Ed and Bettina Berg at 5:46 AM