Today on Marx Monday we're going to continue with the Marx Cape Canaveral buildings. Last time we looked at the 'T' style building but today's featured building is referred to as the 'Tower' building and was released in 1959 following on the foot heels of the 'T' building. As Canaveral buildings go I consider this to be a lackluster addition to the line and just a re-hash of the Rex Mars/Tom Corbett building. For my money, the earlier 'T' building had more style and had a niftier mid-century modern feel to it even though it's the exact same stampings as the tower building, the use of the stanchion and and radio tower gave the 'T' building more stylistic 'ooomph' . However, this is exactly the kind of thing Marx did best - reutilizing existing tooling to get the most bang from their production costs and now it allows us collector's to seek out all these different variations. My example is a little rough but not terrible. In addition to the building the Marx Cape Canaveral playsets included several pieces of tin-litho 'chain-link' fence to surround the compound. An example is pictured here as well. The Tower building would last until 1961 when it made its last appearance in the Wards #4535 Deluxe set. Enjoy! 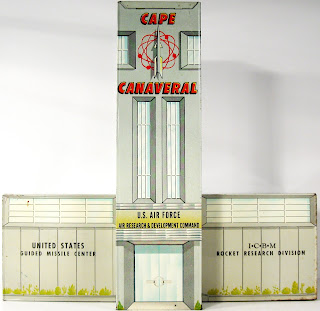 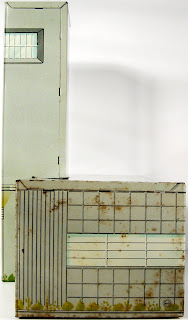 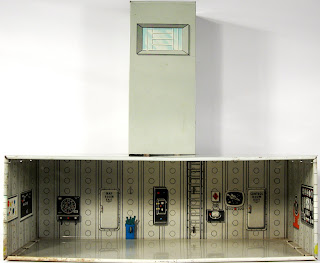 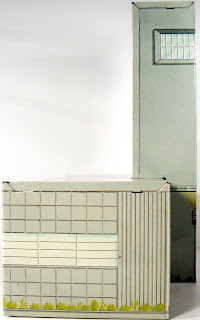 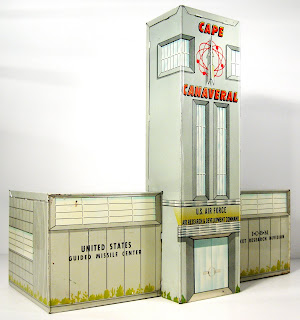 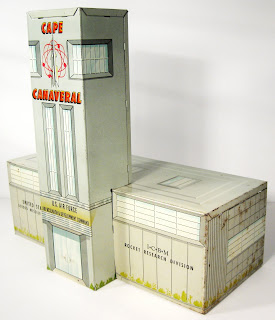 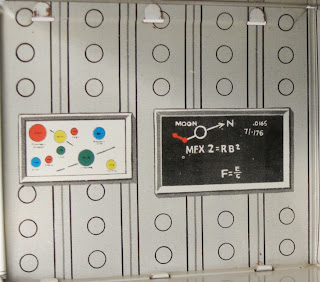 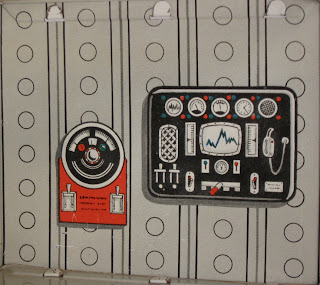