Today is the last of a four part series covering the Mattel Space Series from 1996 and we're looking at the Hot Wheels Space Series #4 Collector #391 Item# 15231 Treadator! Treadator. Ever since Arnie's Terminator came out in 1984 all one has to do to make a name sound menacing or strong is add '-ator' to the end of a word and voila' - new word. Ahhhh, pop culture, how stupid, crazy, and fun! Remember the scene in The Santa Clause 2: The Mrs. Claus when Santa pins the tag 'Molinator' on the Tooth Fairy? LOL what a hoot! Okay, from now on, I'm The Bloginator! Whaddaya think? :-) 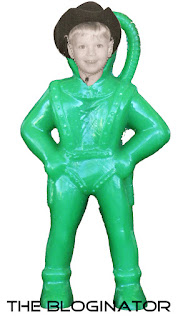 (hahahahahaha OMG I can't believe I did this - how stupid - but fun)
Ahem, I digress, back to the toy....
For my money this is the coolest vehicle of the four with the Radar Ranger being my second favorite. Apparently from what I can see, the Treadator design was popular as it appears in other Hot Wheels series as well only with different color schemes. The design is basically a take on the Moon crawler theme but with amped up treads and I haven't figured out yet if this would be an armed vehicle or just an exploratory one. This being a Hot Wheels offering the treads are non-operable and there for looks - after all these toys are meant to zoom around at high speeds. That rear spoiler, while looking really cool and all, seems pretty non-essential as crawlers wouldn't reach the kind of speeds that would require it. However, let's play 'what if'. 'What if' this thing actually were deployed on an alien moon or planet. What kind of atmosphere would require it? I'm thinking a somewhat tumultuous, windy alienscape. Okay, 'nuff said, on to the pics! Enjoy! 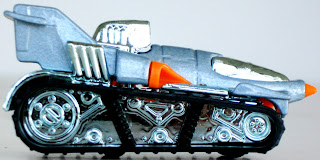 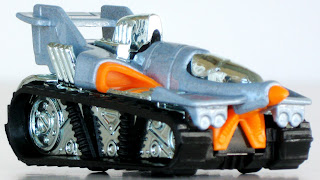 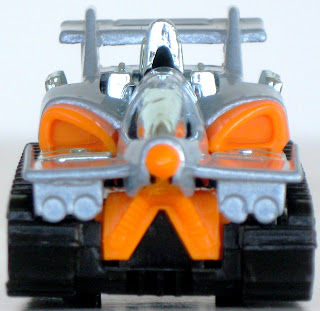 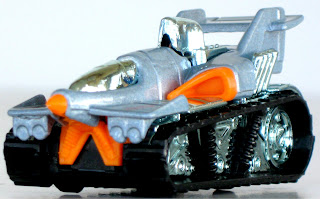 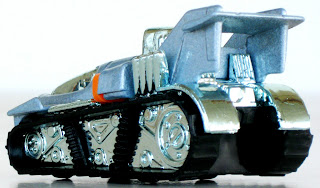 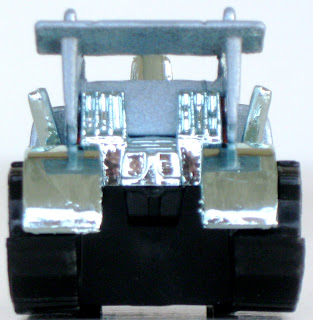 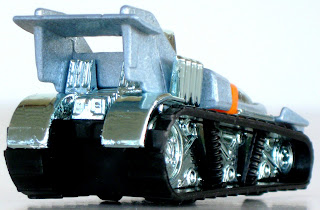 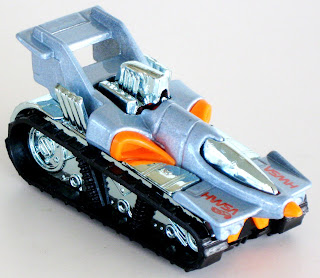 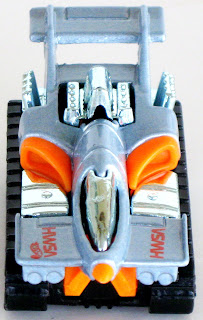 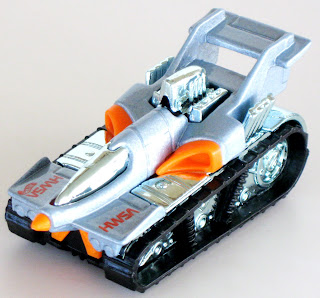 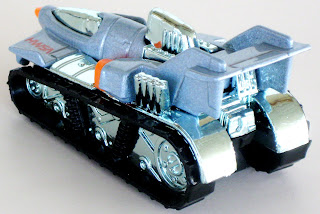 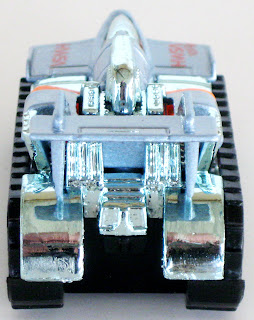 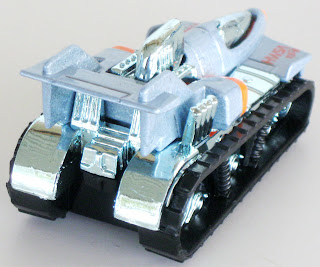 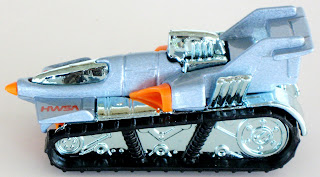 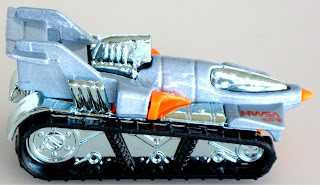 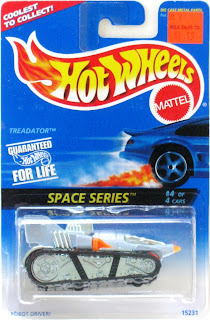 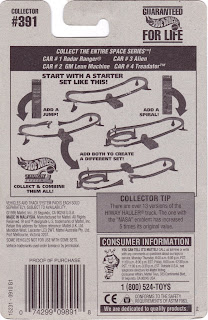