You know every now and then we show something from the collection that has since been sold and today we're doing it again. I had this Marx Navarone playset in the collection for many years and one day decided I needed more shelf space because this sucker takes up a big chunk of display real estate. These are the photos taken for the eBay auction so they're not not really so great.

The playset is of course based on the movie 'The Guns of Navarone' starring Gregory Peck and Anthony Quinn an adventure movie about a band of commando's during World War II who's mission it was to incapacitate a mountainside gun battery.  In the movie two massive naval guns were mounted side-by-side in the core of a mountain and giving hell to Allied shipping in the Aegean sea .The small band of commando's infiltrate the mountain fortress, gain access to the inner sanctum and succeed in blowing up the installation.

Marx's version is slightly different but still quite spectacular for a playset. Marx mounts two dissimilar, and not-quite-so-massive, cannons one above the other in this terrific hard plastic mountain centerpiece. The fortress isn't stealthily assaulted from within but rather faces a rather foolish frontal assault by a beach landing! My set had a broken beam upon which the elevator rose up and down and although it was repaired, the photos show it in pre-repair state. I did take photos of the figures but they turned out terrible - the photos are in focus but for some reason they all came out looking TAN - not gray or olive drab! Oh well. Enjoy! 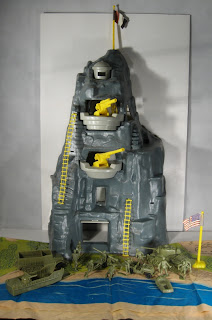 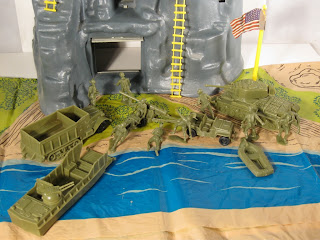 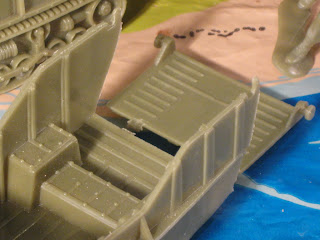 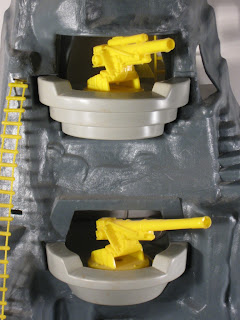 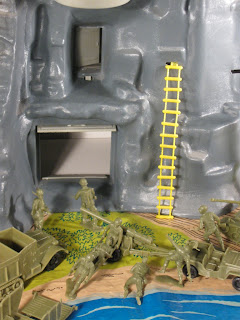 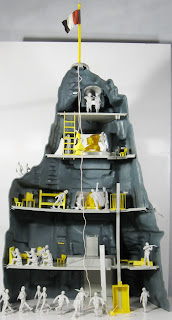 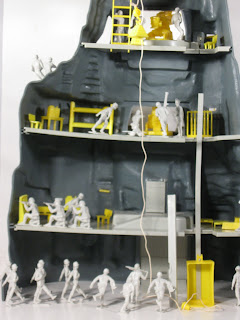 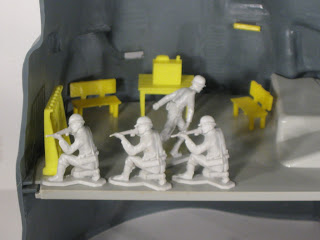 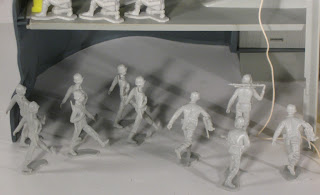 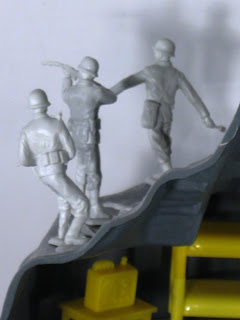 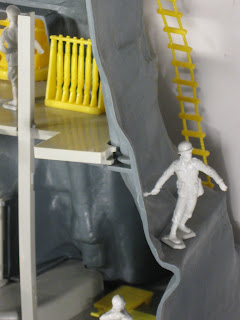 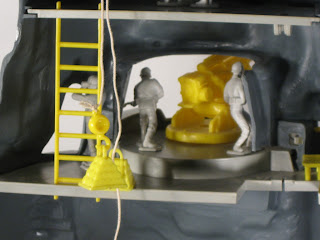 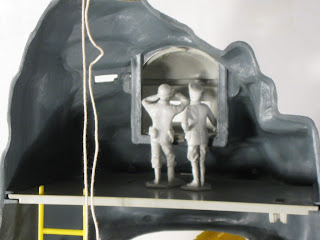 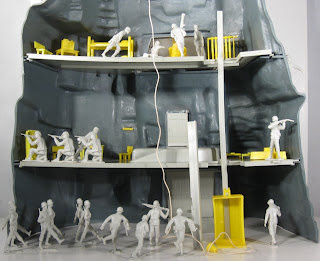 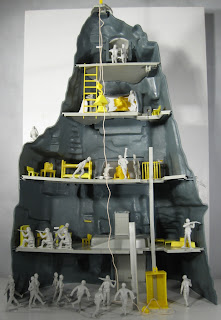 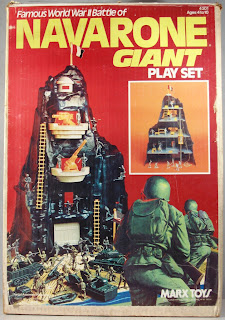 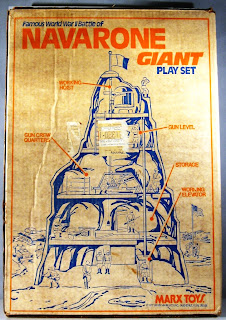