Found some more airplane photos I don't think I've posted before. I was very big into collecting Marxville plastic buildings - the ones made for their O-gauge trains. Then Marx went belly up and K-Line acquired much of the tooling for those old buildings. When K-Line released their version of the airport they included a different series of planes than Marx did. Marx included only one aircraft - the DeHavilland Comet - in USAF markings!  K-Line included smaller aircraft that Marx previously sold as bin toys and not as part of their Marxville airport. The K-Line re-release included three different aircraft randomly picked from an assortment of seven (I believe seven different aircraft were all that K-Line produced). I'm gonna post two aircraft a day over the next several days and these photos were taken 10 years ago! I don't have any notes as to how big the aircraft were but they appear to be around 3" long. I still have all of these somewhere out in The Cave and hmmmm one of these decades I'll have to look for them LOL Enjoy! Opa Fritz 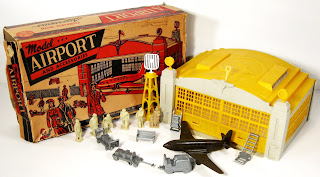 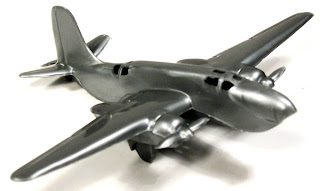 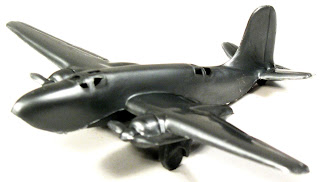 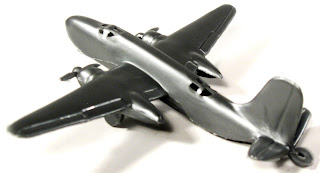 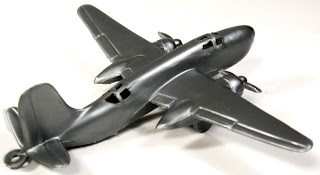 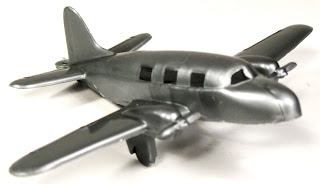 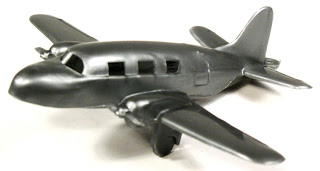 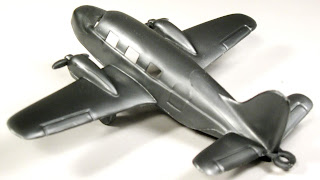 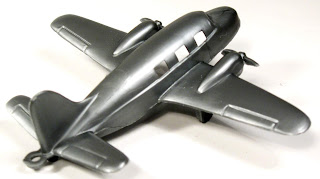 Posted by Ed and Bettina Berg at 8:34 AM