Welll, even though I haven't been doing much blogging I have been totally busy with trains and toys. As a recap to recent activity, here's what I've been up to. For Veteran's Day (Remembrance Day in the UK) I pulled out a '50s era Marx Army Train bought back in the '90s and not run for about 15-20 years! It got some lube and a little dusting, and it ran like a champ. New for this year were engines and rolling stock devoted to the U.S. Air Force (USAF only consists are something not seen too often in the toy train world). It appears that none of the train manufacturer's actually produced a USAF set, however they made lots of USAF-centric rolling stock. The biggest problem I'm having now as a collector is latching on to one of MTH's large USAF diesel switchers - they are hard to find and pricey when they do become available. So in the meantime, a Lionel re-make of their small Postwar USAF Minuteman diesel switcher had to do, but because it's such a small unit, only a few cars at a time were hooked up to it to reduce strain on the motor. Okay, 'til next time - Enjoy! Opa Fritz 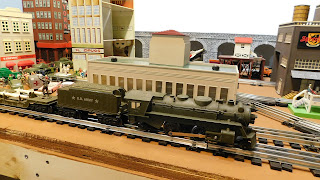 I bought this set back in the '90s and haven't run it for probably 20 years. It worked like a champ! 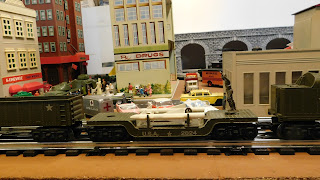 This year's parade was small but well attended by the citizenry. There is an Auburn halftrack, Processed Plastic tank, armored car and Jeep w/cannon, and an armored car from an unknown maker. To round things out there are ambulances from Processed Plastic and Renwal waiting on the sidelines just in case... 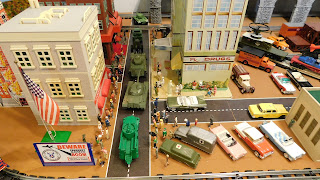 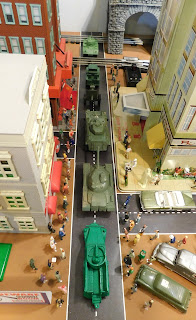 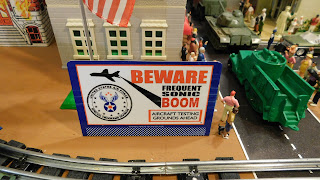 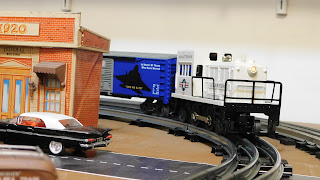 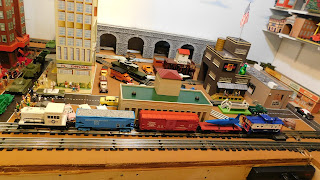 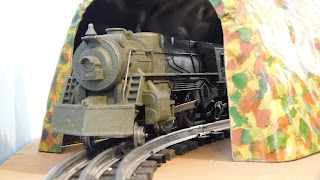 Lionel makes it's first appearance in military form on my layout. I've never had Lionel military trains until now and chose to focus on USAF equipment. K-Line, Menard's, and MTH round out the compliment of Air Force rolling stock
Lionel Postwar celebration U.S. Air Force Minuteman diesel switcher - a modern era re-make of a Postwar classic 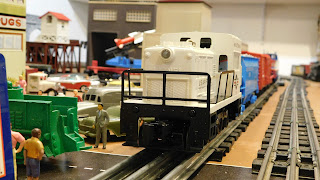 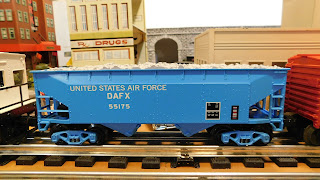 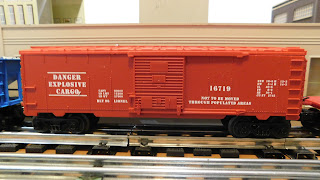 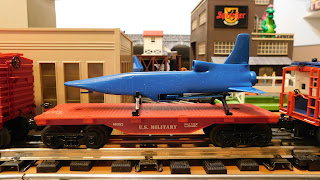 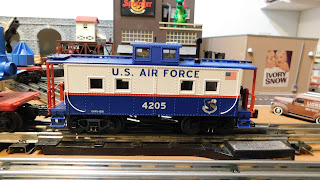 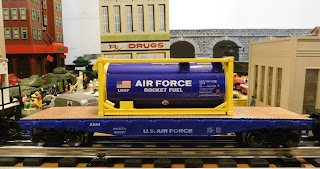 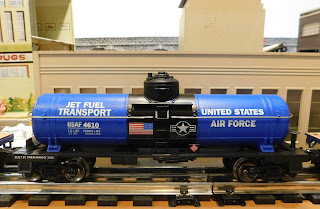 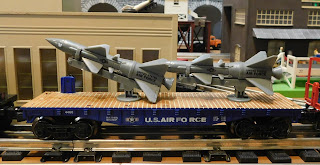 Just one of several different USAF consists I ran

As luck would have it this set became available and I snatched it up. It has an intact caboose (the one in my older set had a broken chimney), a two-load flatcar, and an intact missile launch car. It was missing one silver missile but I bought a replacement on fleaBay 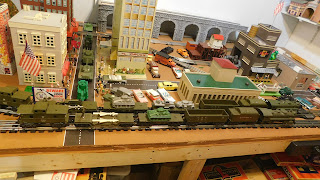 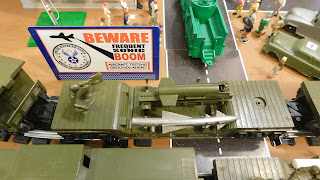 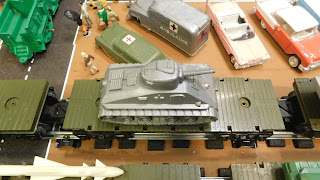 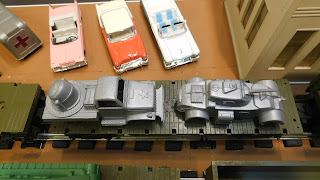 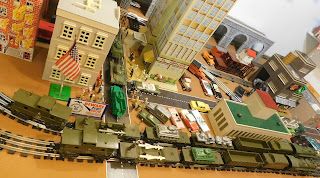 Posted by Ed and Bettina Berg at 9:59 AM