Today on Toys & Stuff we're featuring the Marx #4625 Action Cape Kennedy Carry-all playset. This marks a departure from our normal modus operandi in that we have the entire playset! The Cape Kennedy Carry-all playset featured here came out in 1968. By 1968 Marx started down-sizing its playsets and putting them in tin-litho carry-alls. The basic concept isn't really far-fetched. Put the toys in a sort of metal attache-like case so that little Johnny can take the toys over to Bobby's and play. Except for the case itself, there was nothing new and special about the sets themselves. The case measures:

When opened, it reveals a detailed play area with a really cheap vacu-formed row of buildings at one end. This set includes the following: 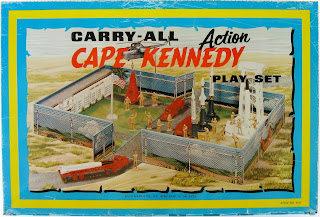 Ends (when case is closed)

Inside of open case 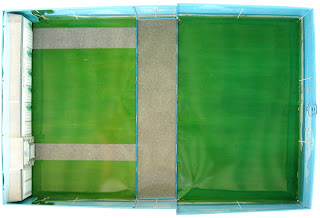 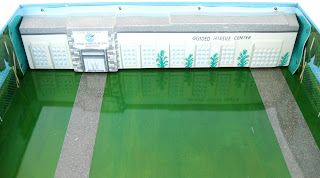 One launcher is missing﻿ 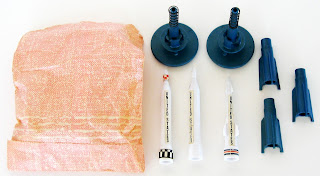 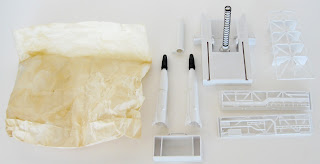 My instructions are repo 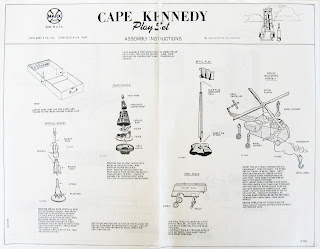 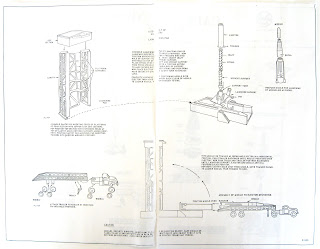 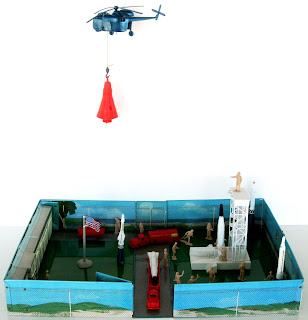 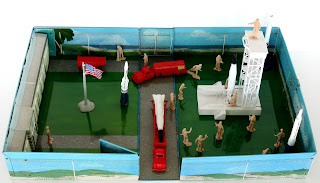 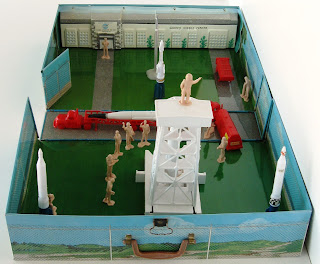 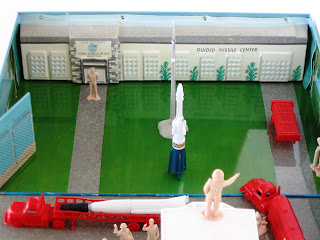 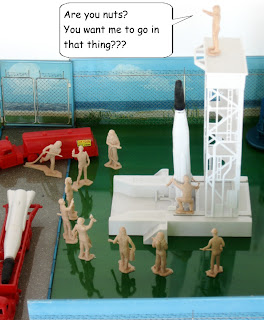