The old portion of what used to be my Marxville and Plateau train layout had, once again, become overrun with clutter. The old layout board is 'L' shaped and I have been running trains on on one leg of that 'L'. That leg is what I've begun to call the Tinplate Layout - at least for now - because as you'll see in coming installments, I've ended up with four layouts in The Cave and have to figure out a way to differentiate between them. Enjoy! Opa Fritz

I had featured this clockwork Joy Line train before but it was missing the obcservation car. I was able to latch on to one at a reasonable price and gave it another spin around town. 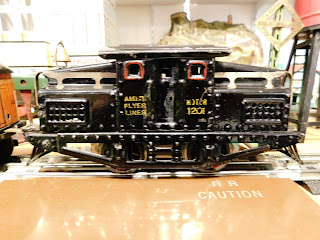 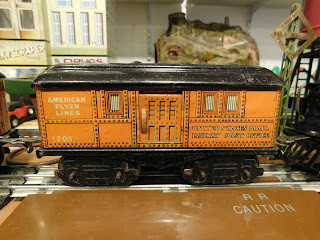 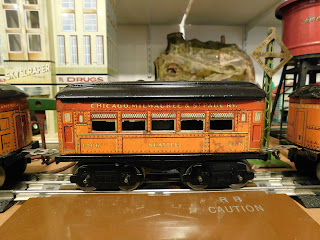 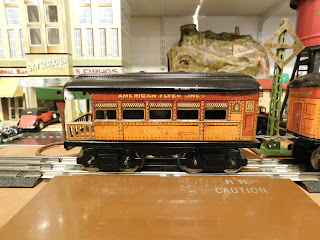 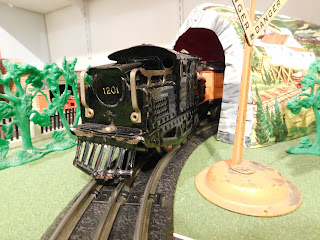 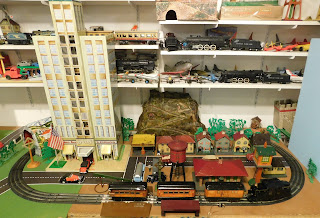 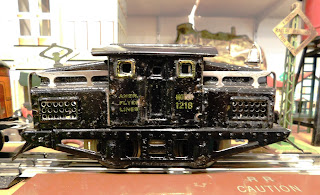 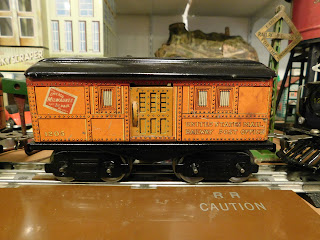 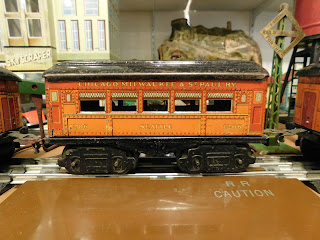 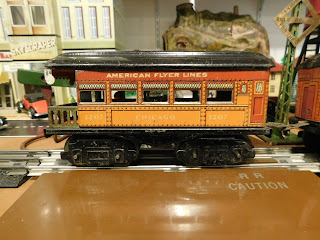 Posted by Ed and Bettina Berg at 1:00 PM