TRAIN TIME: The Edge of Town Layout Starts Getting a Makeover - Pt 1

Wellll, after not featuring my small Edge of Town train layout in nearly two years I took one video last week and started re-doing the thing! After filming last week's video I had a real good look at the layout and decided it needed a change. That 'needing a change' feeling has been with me for a while but now was as good a time as any to act on it. When you run trains on something as small as my Edge of Town after a while it gets old, and it's been essentially in its current state for years now. The very first phase of the project was story boarded and will be presented in several installments. After that it'll just be updates. Photographing the progress in this story board format is kind of fun but it also takes time, but I'm always complaining about the time I don't have so that's why this initial phase will be documented and then periodic updates as work progresses.

The story board: For this I pulled out a bunch of Marx Big Inch Pipeline playset vehicles and some of my Marx 6in-4whl work train cars, then established a small construction yard on the The Green. Today's offering shows the loading of some of the old track onto trucks where they'll be hauled away and used for another layout someday - maybe! :-) 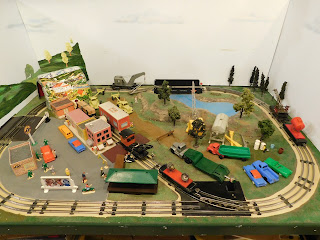 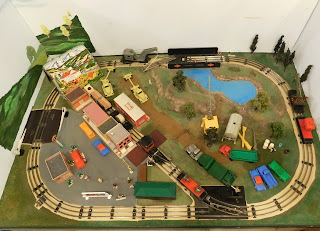 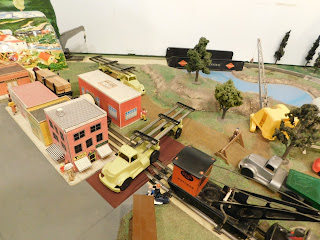 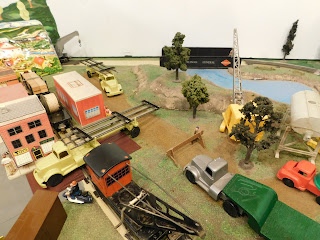 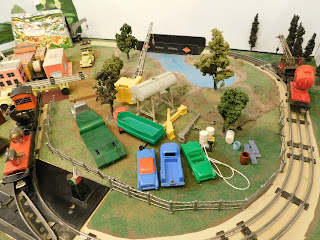 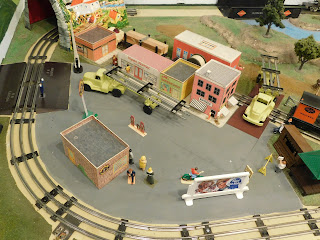 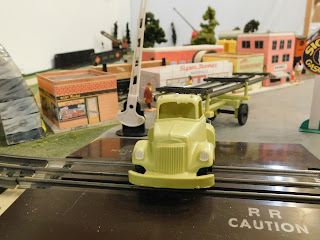