Way back when I was still active in the local train community I would take pictures of many of the club member's layouts. They were always an inspiration and it was simply fun to see how they approached the hobby. While most of the layouts I photographed were 3-rail O-gauge, a couple were HO scale and there were also a couple of multi-scale layouts. Now even though the photos were taken some time ago, the layouts and the owner's approach to building them, remain timeless.


Today's featured layout was built by John F. John’s layout is a 9’L x 7’W x 43”H tabletop built with ½” plywood and covered with homasote for sound deadening.  It’s on casters for easy mobility within his train room.  There are two levels with the bottom level having outer 54” and inner 42” O-gauge ovals.  The upper level has a 22” radius loop made from HO flex-track and is suitable for both HO and On30 operation.  All track is laid on cork roadbed and the O-gauge track has rubber ties for added realism and further sound deadening. The two O-gauge loops are independent and either AC or DC can power the inner one however, main power for the O-gauge loops is provided by a 275W Lionel ZW transformer.  A Lionel type B multi volt transformer is used for accessories.  The upper level is powered by various DC power packs.
While there is no central theme to the layout, John tries to keep a late 1950s or earlier look to it.  He runs primarily steam engines but also runs GG1s and F-3s.  His focus is on Lionel, American Flyer, and Ives for O-gauge and steam and early gas/electric for HO/On30.  The layout has a Lionel 455 oil derrick, 045 gateman, 120L tunnel, 115 station, Lionel Jr. station with whistle, 128 newsstand, and various American Flyer accessories including several rare American Flyer newsstands.   Scenery is a mixture of styrofoam, Permascene, plaster, plaster cloth, latex paints, and scratch built trees and foliage.  Buildings are a mix of scratch built, kit built, Dept. 56, and American Flyer and Lionel lithographed buildings.  John’s flagstop station and Lionel Gas Station and Auto Repair shop are superb examples of his scratch building abilities and have fully detailed interiors. Enjoy! 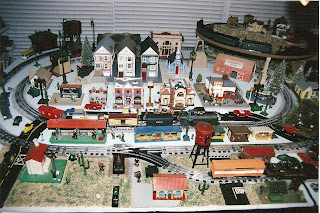 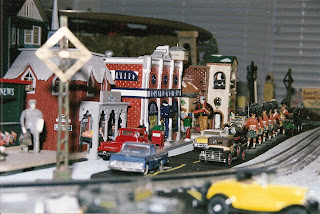 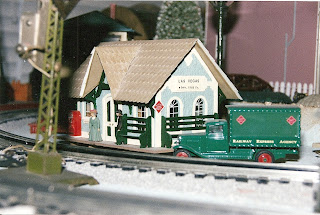 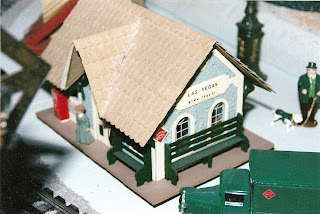 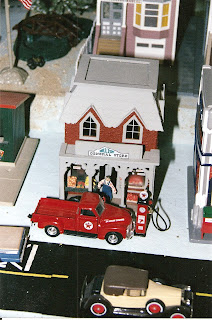 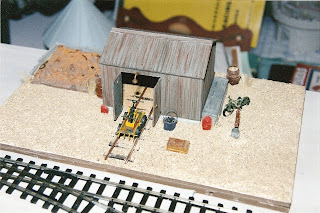 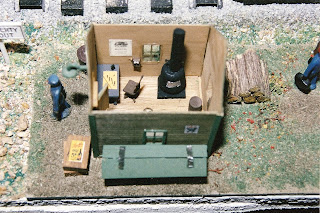 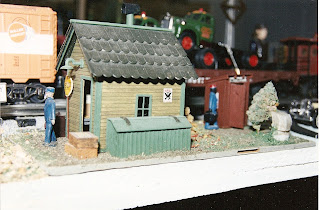 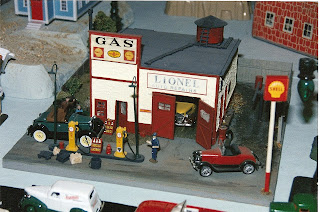 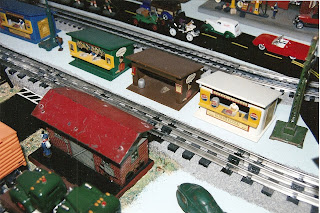 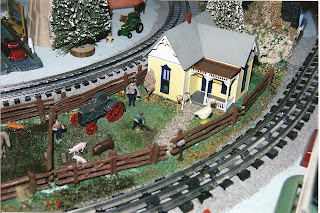 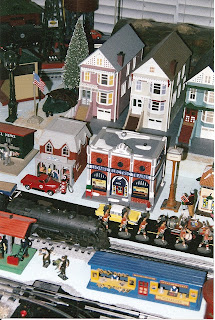 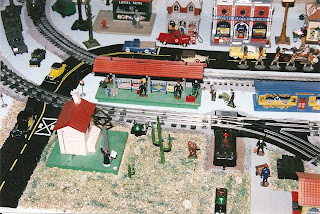 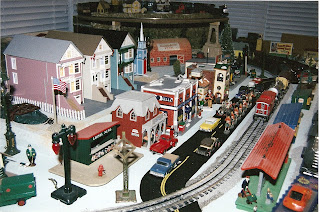 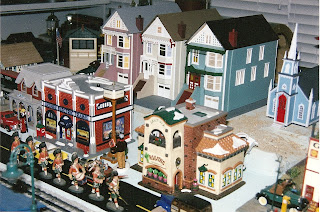 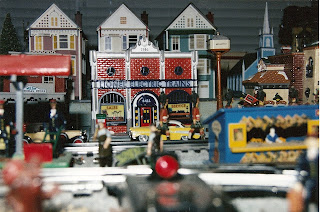 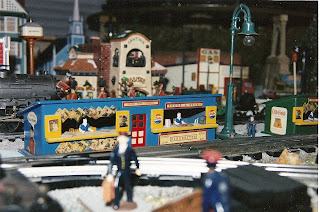 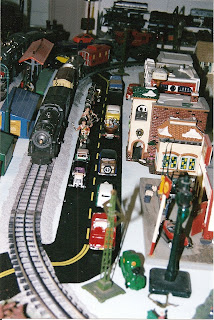 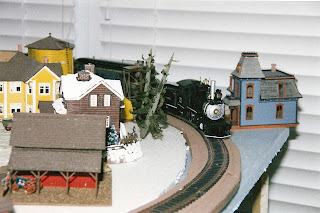 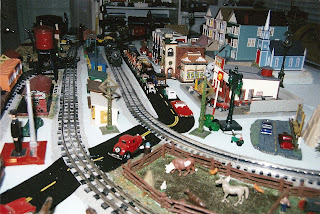 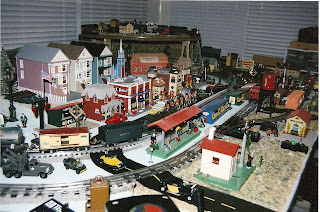 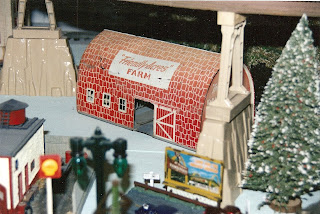