This year's Christmas display wasn't nearly as elaborate as last year's I'm afraid. A bit of Christmas burn-out and a bit of lethargy set in and the desire to go big and bold just wasn't there. Last year of course, the train board was an empty slate on which I could do what I wanted really. This year though that 'empty slate' board was beginning to transition into my permanent layout and options were a tad limited. Deciding to go with a 'big city Christmas market' look seemed to work well. I initially planned to put Lemax Christmas streetlights around the downtown area but cost overruns prevented that this year. One addition that I'm particularly stoked about is the acquisition of Lionel's LionChief The Polar Express train set. It's not Bluetooth enabled so I can't run it off the LionChief app on my phone, but it's still a very nice set. It's an older version from 2014 with plain black roofs (vs. the 'snow' covered roofs of the more recent versions). Here's hoping and praying that 2022 will be much better than the last two years!

Here's the final Christmas market. Six different Lemax stalls all but one lighted (the stall on the far left is an older unlit stall). A few winter activities like skating rink, train, etc, round out the display. Easy to set-up these were just the right thing for my energy-less year. 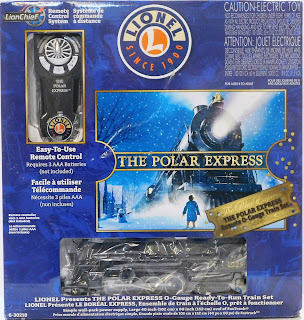 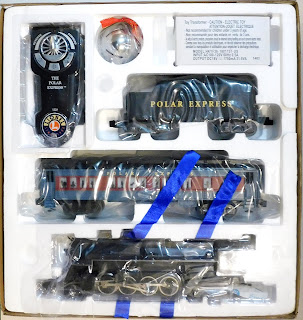 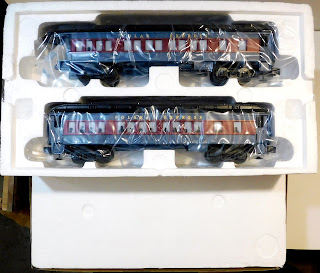 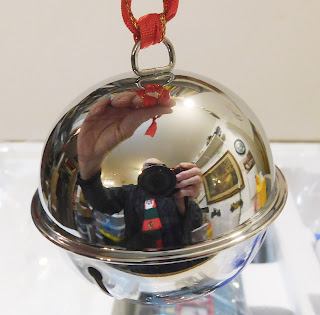 During the period of setting this up I ran perhaps four or five different trains - picture here is the tail end of a Lionel Santa Fe set. 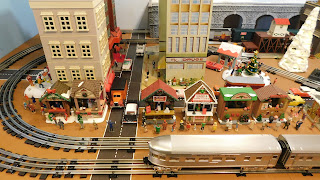 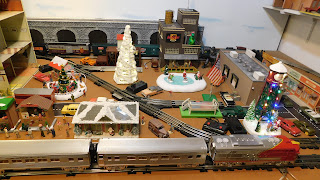 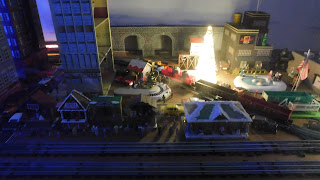 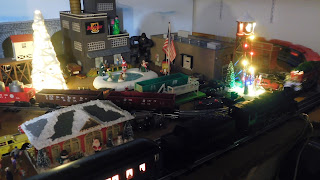 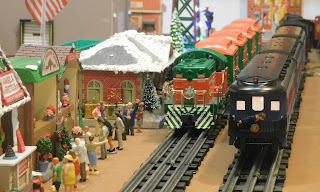 The Edge of Town layout got in the fun as well. I pulled out a red Modern Marx engine (from their work train) and Marx Christmas cars and ran them simultaneously with the trains on the larger layout. 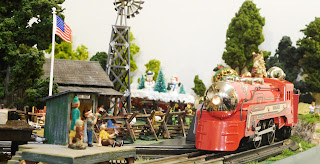 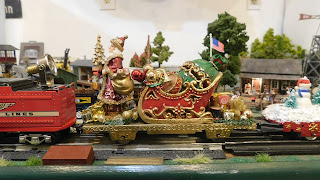 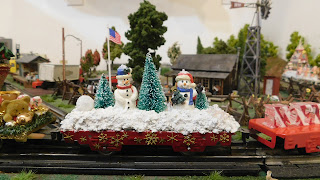 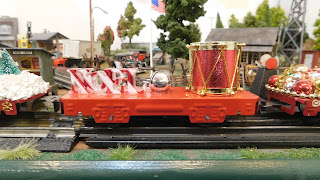 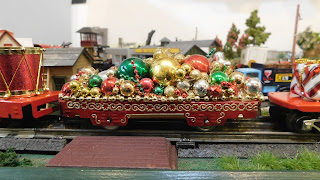 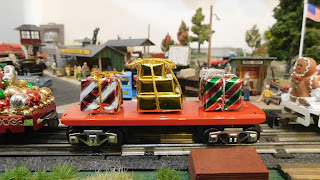 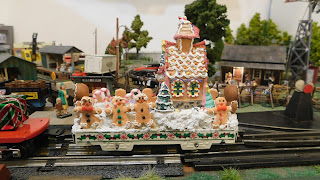 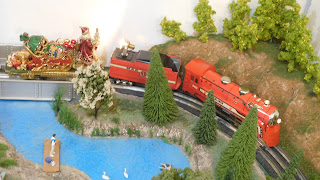 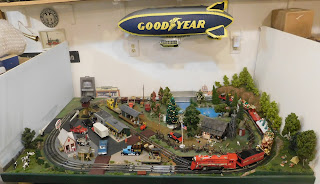 Posted by Ed and Bettina Berg at 8:50 AM