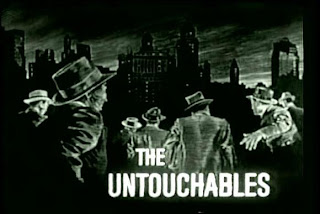 
"The Untouchables" was one of the most famous TV crime dramas of the 1950s & '60s with an unforgetable musical lead-in score, characters, and gripping action. Based on the book of the same name authored by FBI Agent Eliot Ness and writer Oscar Fraley the series aired on ABC on Thursday evenings at 9:30EST. Eliot Ness was a real life Prohibition Agent and leader of the FBI's legendary team nicknamed The Untouchables, a name given to the team by the media after Al Capone's failed attempt at bribing them. While Ness and his team did have a serious impact on Capone's operations they had nothing to do with his eventual downfall at the hands of the Internal Revenue Service (IRS) who finally got him for income tax evasion! While the book chronicled Ness's real life activities working for The Fed, the series was typical TV fare - almost pure fiction except for some of the names used. The series itself was wildly popular running from 1959 to 1963 and featured many popular stars like Peter Falk, Telly Savalas, Robert Redford, Leonard Nimoy, and a host of others who would eventually gain fame with popular series of their own or on the big screen. The show was also wildy violent! It sparked a lot of controversy back then not only for its violence but its portrayal of Italian-Americans and was even criticized by Frank Sinatra. The public outcry led to a watering down of the scripts which interestingly enough led to the series downfall as viewers became disinterested in the bland tele-tubby scripts. Like it or not violence sells, and it was what made the series so  popular. 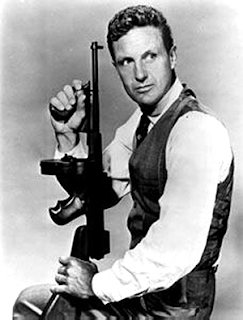 The Toy﻿
Marx released its Untouchables playset in 1961 but it was kind of an odd sell. The TV show aired too late in the evening for many kids and they may not even have seen it. Also, its violent nature may have meant that mom and pop wouldn't let junior watch it. Many families only owned one television set and if either mom or pop wanted to watch something else, junior was out of luck! In 1961 Marx was offering some really awesome playsets like Ben Hur, The Alamo, Fort Apache, and The Giant Blue and Gray sets. Even though the Untouchables was a great playset offering lots of action, it had a lot of competition! But over the years the set itself has grown in popularity as baby boomers grow up and want something to remind them of one of TVs coolest shows. While I was fortunate enough to be one of those kids who were allowed to watch the show (and it remains one of my favorites from those days) I never got the Untouchables playset - I got the Sears Civil War Centennial set that year :-)
An intact set is very hard to find and like so many other collector's, I've been slowly piecemealing this all together. Back on 31 Oct 2011, Toys & Stuff featured the Westside Warehouse, one of two tin-litho centerpieces of this set, the  other being the streetfront featured here today. It was only recently that I acquired the streetfront, albeit with condition issues and missing parts. You'll notice in the photographs that the plastic awnings and lamps on the right side of the building are dark brown, while the doors and theater marquee to the left are tan. The dark brown pieces are original, the tan are repos (unfortunately I can't find the two marquee supports). This presents another problem for collectors - getting all the correct original parts. Thank goodness for repos! The building measures 20" (50.8cm) L x 4" (10.2cm) D x 5 1/4" (13.3cm) H.

I thought Marx's choice of businesses for the streetfront was very interesting and poignant. The bank of course is a natural, after﻿ all bad guys need a place to rob right? But then we have a theater. John Dillinger was gunned down outside of the Biograph Theater in Chicago after being snitched on by brothel madam  Ana Cumpănaş. Next to the theater is a small neighborhood restaurant, inocuous until one thinks of all the mob hits which took place in restaurants! To the far right is the Federal Building with the date '1920' appearing boldly above the door. The date is so large there must be some significance to it but I have yet to figure it out. Next week Toys & Stuff will have a little Untouchables surprise. But for now, without further ado - Enjoy! 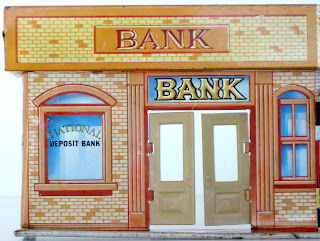 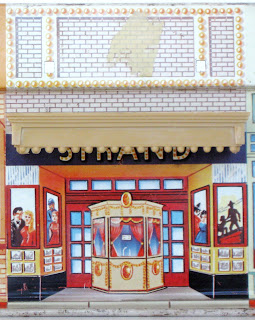 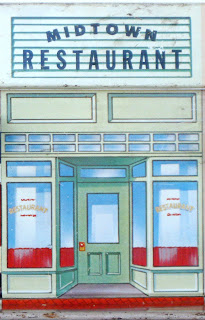 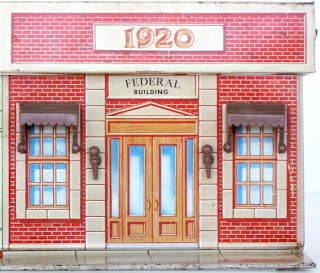 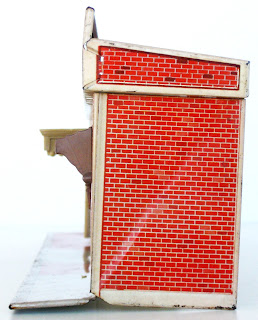 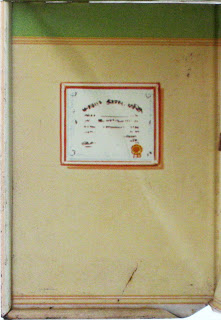 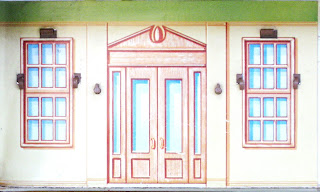 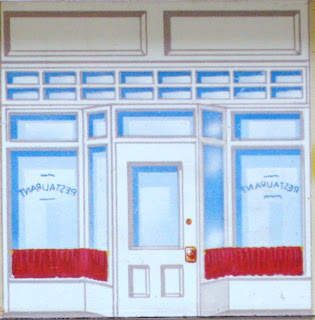 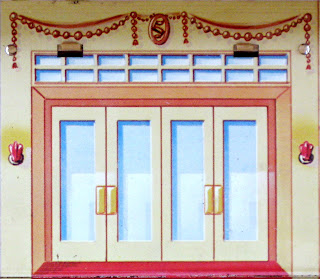 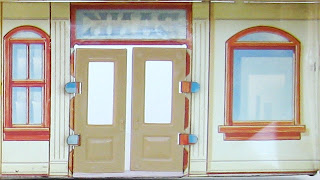 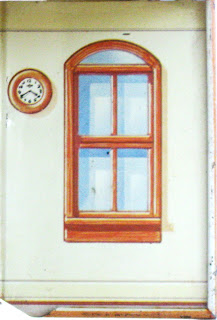 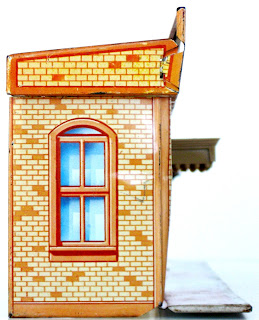 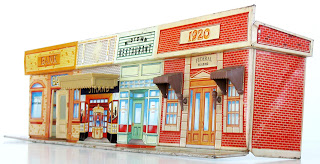 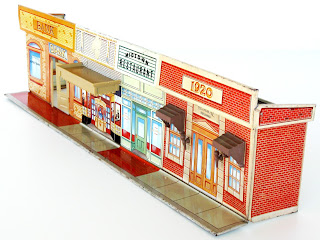 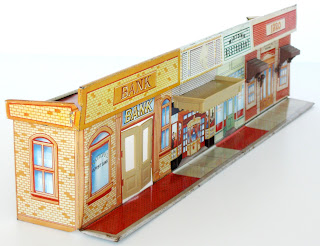 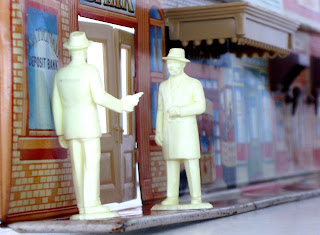