Gaining and Losing - A Time of Change

Things here at the Berg household have been a bit unsettling of late. Some for the good and some for the yet-to-be-seen. Sooo, last year my oldest daughter (along with my granddaughter) spent the summer in Pennsylvania where my daughter met a guy introduced to her by an old school friend. They were a 'thing' and it looked like they would get married. After coming back home and settling in she got a call from him a few months back, wherein he said he was breaking up with her. "I'm done with men!" was the battle cry heard in our house for several weeks. Then about two weeks ago she mentioned he was coming out here to apologize in person. The next day they got married!!! WTF! That's not as unsettling as the prospect of my granddaughter moving out there and away from us. That little girl is my soulmate and it would break my heart if I couldn't see her. A lot of muddy water has flowed under the bridge between my oldest daughter, Bettina, and I and quite frankly I wouldn't miss her going too much - but the grand baby?? That would be a tough pill to swallow. Melody - my granddaughter - has gotten so big and is slowly becoming a techie at 7 years old, leaving behind her Barbie's and embracing computers, tablets, smart phones, and....

...and energy? Good Lord, she's got more energy than this whole household of old poots combined - and then some! 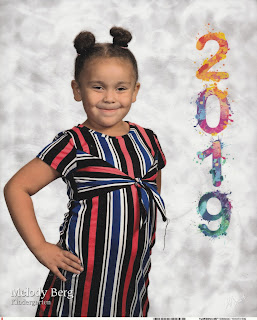 So, if you're wondering where I've been and what I've been up to now you have it!

Posted by Ed and Bettina Berg at 8:34 AM