I don't always do something for the 4th of July but this year I thought it would be fun to break out and run an old Army train, one that I haven't run in 11 years! I'm kinda jumping ahead of my Train Time posts in that I've started a new layout: The Milwaukee North Western but progress has been slow and it really doesn't look much different than the set-ups that have been utilizing that space over the span of the past 6 years. 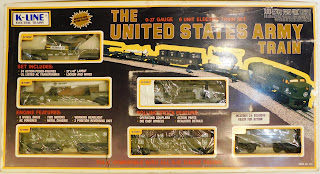 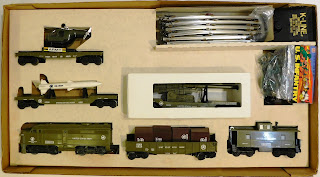 The set came with a header bag of Jak Pak U.S. Infantry figures
There was actually a second bag of 6 figures stapled to the original bag of 18 figures 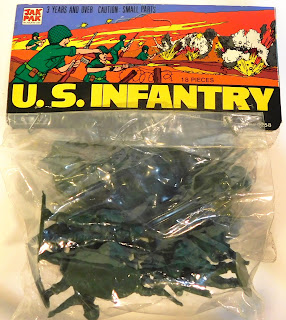 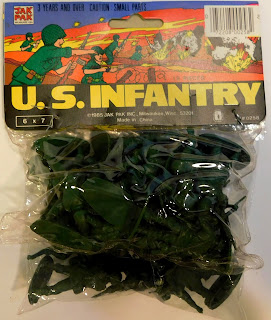 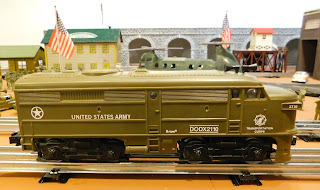 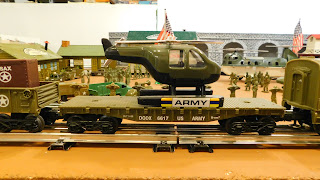 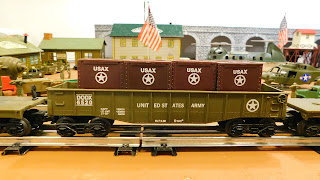 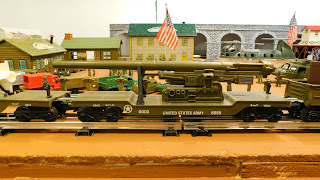 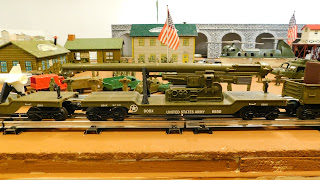 This is only a missile transport car, not a missile launching car 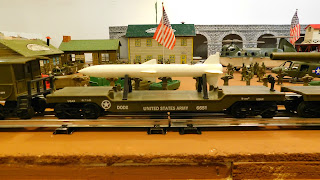 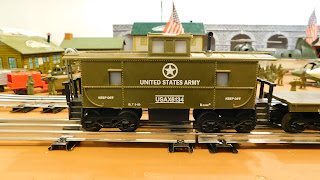 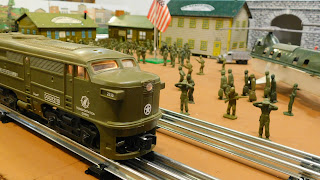 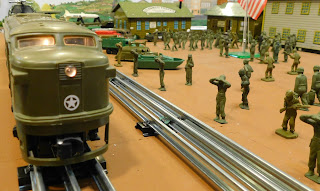 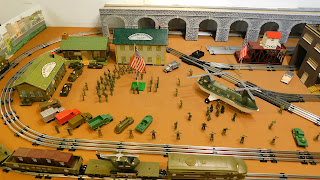 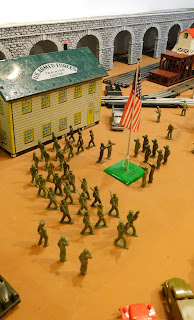 I don't know what's in those cannisters but they're under intense guard! 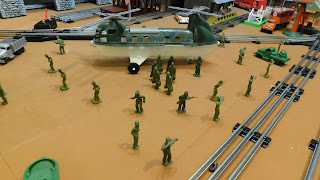 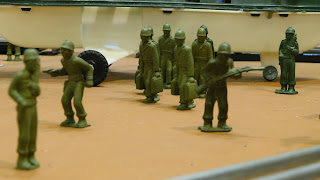 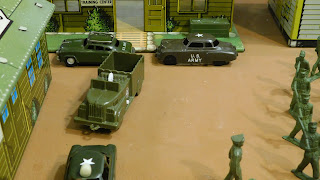 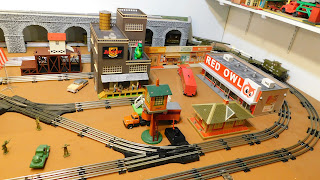 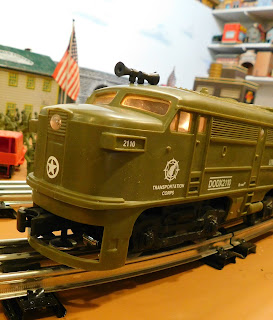 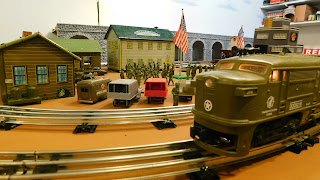 Posted by Ed and Bettina Berg at 9:21 AM