Here's the second phase of The Alamo playset build. I took out the walls that made up the Long Barracks and used the two bread canister Chapels from the two Re-Marx sets I had. All I did was turn them around so that the back was facing out and voila' - instant Long Barracks. Then I placed the handmade adobe hut from Peter Wassmiller, next to the the south wall gate and used it as Bowie's quarters where he made his last stand. Two cannons added to the top of the Chapel, more figures - to include more cavalry - were added to make it an even 'busier' scene than it already was. I think one more change ought to do it for this set-up. Enjoy! Opa Fritz 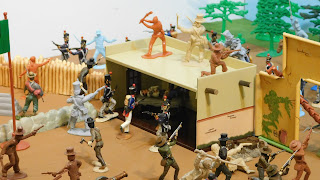 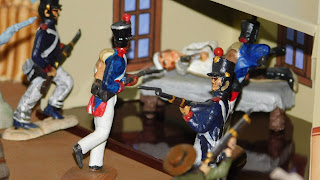 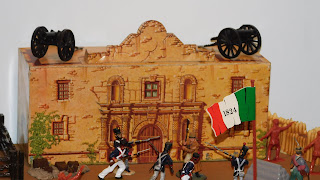 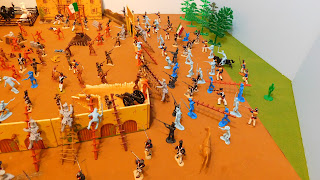 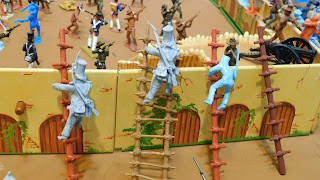 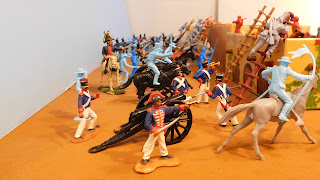 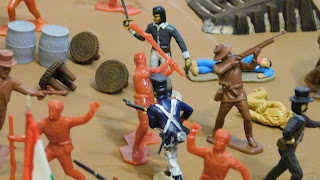 Posted by Ed and Bettina Berg at 7:28 AM